All The Weirdest Creatures And Monsters Spotted In 2016

These days, people will do anything to get a little taste of fame. If that includes fabricating a story about how they saw a Demogorgon then so be it. But even the biggest skeptic has to admit that some of the creatures that were reportedly seen in 2016 look awfully real. You might just become a believer after you go through this list.

There’s a creature on this list that is even freaking out the scientific community – this is one they didn’t want to get out.

On March 27, 2016, a lucky passenger on a United Emirates Air cable car in London was able to capture something mighty mysterious on film. Once he snapped it he posted the footage on YouTube. The video was not very clear because of the shakiness but the person who posted it questioned if it was a whale or simply a submarine. 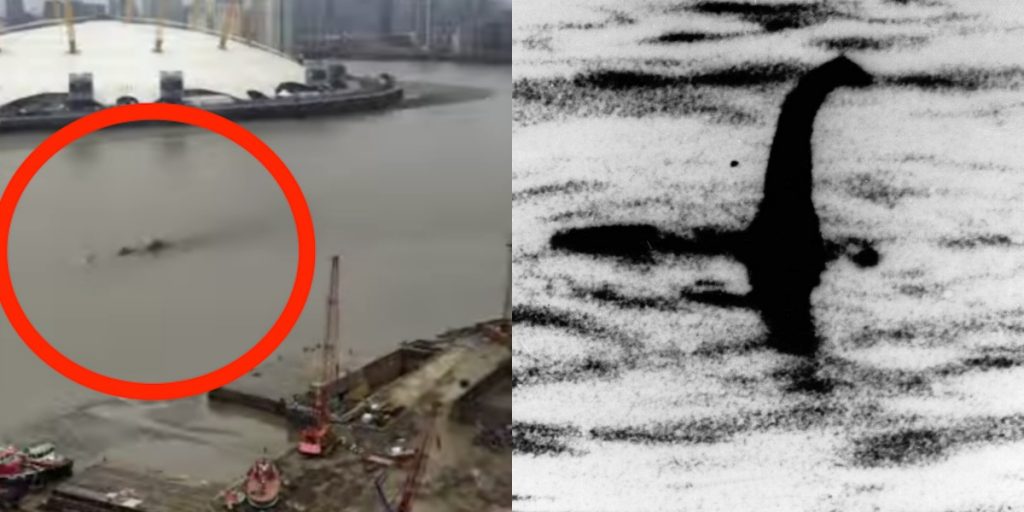 Experts have spoken out and said they are “not aware of anything that large and moving in the Thames.” The view was not clear enough to be able to determine what it could have been. The image of it is on the left, you be the judge and see if it does not look like a Loch Ness monster.