Did This Gun Found By Baltimore Police Travel Through Time?

We know. If you’re a physicist, you’re going to say that time travel is impossible. However, if you’re a police officer working at the Baltimore Police Department, you might be wondering whether physics is right. 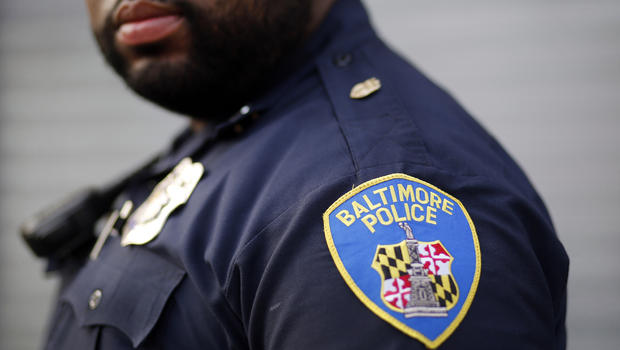 Tuesday, March 1, 2017, was just another day in Baltimore until a gentleman by the name of Keith Gladden was arrested for the possession of a loaded firearm and drugs. They had been found inside his vehicle after he was pulled over at a traffic stop.

Being the modern forward-thinking kind of police department that the nation deserves, Baltimore Police decided to share the suspect’s story with their community on Facebook.

It was at this moment that eagle-eyed members of the public noticed that the “weapon” wasn’t quite as menacing as it might have been.

It was, in fact, a very old Derringer from the 18th century. Once that was pointed out, it’s fair to say that the good people of Baltimore began to poke fun at the police department a little.

Wayne Kwame Kearney suggested, “I can’t believe this isn’t a bigger story, the only person who could possess a weapon like this has to be a time traveler.”

“Geez people, cut the guy some slack. He’s survived polio, the plague, and the civil war. He needs this gun to begin his new life on the wild frontier,” said Selina Mularz.

Em Diggs was worried about the impact on the nation’s history. ” Loaded with what? I’m more curious as to how he stole this gun from the Smithsonian. Somebody call the Smithsonian and let them know Baltimore PD found their missing artifact.”

Andrea Sims mocked up a wanted poster. “Privateers under the auspices of the East India Company apprehended a most reprehensible bludger in possession of a loaded pistol.

On March 1, Year of our Lord 1817, EIC Privateers were inspecting a tradesman’s cart in the vicinity of Spitalfields in Whitechapel. During the inspection, a loaded pistol and tobacco for which tax had not been paid were discovered.

Kith Gladwick, aged 36 was detained at the scene. He was later turned over to the King’s Regulars, sans several teeth and quite bruised, to be charged with High Treason for possessing gunpowder without license of His Royal Majesty King George.” 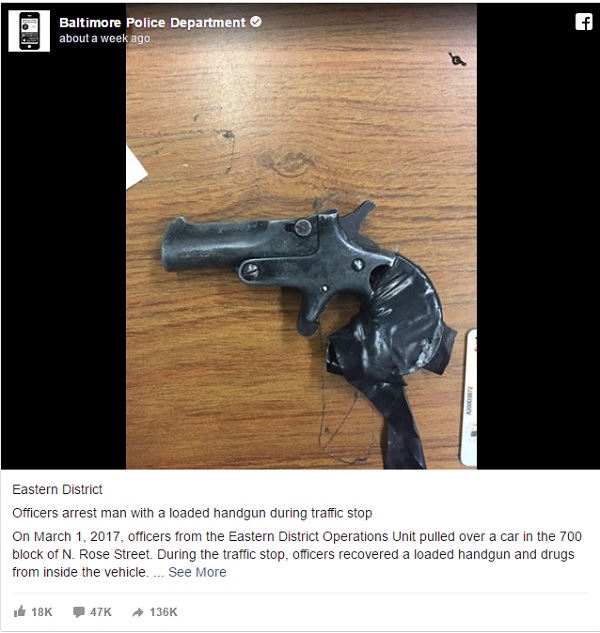 It was good to see that the Baltimore Police retained their own sense of humor. They posted this response: “If it pleases the court, we will ensure we safeguard this firearm and ensure the safety of all in the village of Lord Baltimore. Whilst this young lad possessed this weapon illegally, his punishment shall not include that of public stoning nor shaming. He, therefore shall be recommended as a candidate for reenactment just up the road in Gettysburg.”