Groupon Sold Out Of The ‘Banana Bunker’ Because Of The...

Picture the cramped meeting room: It’s filled with members of a development team who have been bullied and pressured by their boss to come up with the next great product idea.

“How about a case for your banana?” says one team member. “You know, so it doesn’t get all messed up in your lunchbox. We could even make it flexible, to accommodate all banana shapes and sizes.”*

The rest of the room buzzes with murmurs of approval, unsure if they want to admit to each other and themselves that they’ve just come up with an idea that is going to change the course of human history. Suddenly and to everyone’s surprise, a meeker and usually silent member of the team speaks up with an addendum:

“We could call it the Banana Bunker, and we could sell it for a discount via Groupon.“

And then everyone’s head simultaneously exploded in an eruption of brain matter and banana flesh.

Of course, when the Banana Bunker finally made its way to the market, it turned out to be a little more…suggestive than everyone expected. Luckily, it was in the hands of the brilliant social team at Groupon, who fielded the Facebook comments for this product like a dream.

Check out this week’s best happy Internet product fail -Unlike the purchasers of the Banana Bunker, you won’t be disappointed. 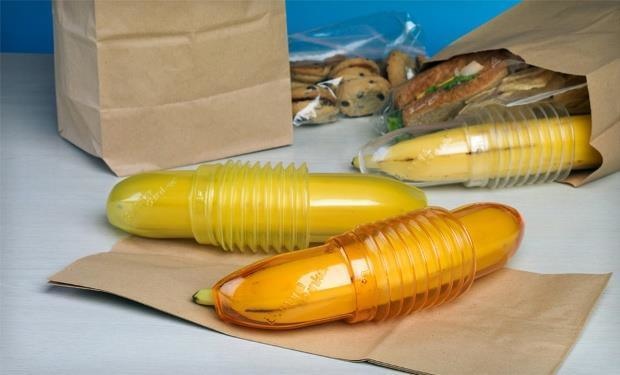