Skimpy History: The Metamorphosis Of The Bathing Suit

The evolution of the bathing suit has been a long and controversial one. One-pieces stormed the scene in the early 1900s and changed the face of women’s athletics, while bikinis made a shocking breakthrough in the 1940s. The bathing suit has undergone many transformations, in both style and reputation, only to have become one of the most profitable lines of apparel in the fashion industry. The metamorphosis of the bathing suit is just as complex, as it is interesting. 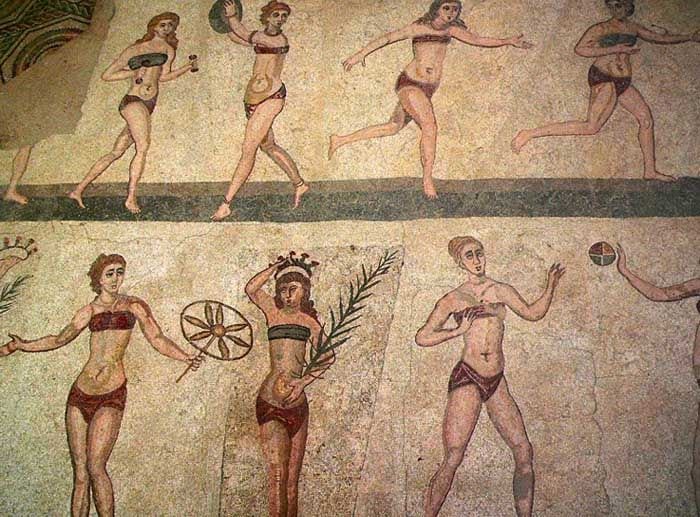 The earliest bikini can be dated back to the Ancient Romans. The Roman women would wear two-pieces, similar to what women wear now, while they exercised or practiced sport. Many royal women and goddesses were depicted in ancient artwork wearing small, two-piece bathing suits, but the clothing choice disappeared for centuries afterward.