The Unknown History of CBS Evening News with Walter Cronkite

CBS Evening News has been one of America’s most influential news services for decades. It started back in 1948 and as had been broadcast continually ever since. The show airs live in the Eastern and Central Time Zones and it is broadcast on a delay in the Mountain Time Zone. It’s also shown across the world in Europe, Africa, the Middle East, Asia, and South America. It’s even a featured program on a Japanese news network. 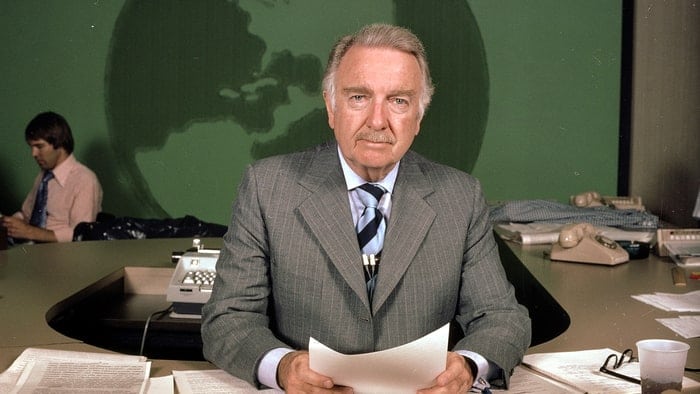 The person who is most responsible CBS Evening News‘ success is Walter Cronkite. When he was an anchorman on the show he was often called, “the most trusted man in America.” With so many decades of history, we’re taking a look back at some of the program’s biggest moments, little-known facts, behind the scenes trivia, and yes, even the occasional controversy.